You know your customer’s major desires, doubts, fears, and barriers when it comes to your product, right?

How long ago did you find that out?

Has any of that changed in the past 3-6 months?

If it has, would you know? Have you made a point to keep up with it?

A top marketer I know once told me he considers all customer data more than 60 days old garbage.

That seemed extreme to me. But now I get it.

It’s the same reason Ryan Levesque talks about doing a Deep Dive Survey of your audience (getting survey results of 500 people and talking to at least 5 on the phone directly) before doing a launch.

If you rely on old information or just copy the kind of marketing others are doing, you can get left behind.

I almost made that mistake last week.

I was writing a sales page for the survival market. The audience is anti-Obama Trump supporters  afraid of getting mugged at Wal-Mart and of the government taking their guns.

When I looked at other successful campaigns in this niche, I saw a lot circled around how America is on the brink of collapse. How our way of life will be destroyed and taken away from us.

Like this wildy successful Agora campaign. Notice how it enters the conversation already going on in the audiences mind by paring the phrase “end of America” with a picture of Obama.

This is the crowd that spent 8 years listening to Hannity and Limbaugh talk about how Obama secretly wants to destroy America with his Muslim Socialist agenda (Funny how we’re still here…). So it’s very much a powerful fear at the forefront of their mind. 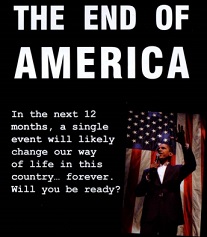 My initial thinking is “okay, I’ll do something similar. Find a fresh reason why America as we know it can come to a screeching halt. Should be easy enough.”

I did the research into potential threats, had my angle all worked out, and then saw survey data that changed everything.

Once Trump became president, the fears of this audience shifted.

They aren’t as afraid anymore. Heck, their guy won! They’ve got some momentum!

They’re not as worried about war or societal collapse because they see Trump as a strong leader  who will protect them.

The “America is doomed” idea isn’t as prominent as it was when Obama was president. (Though if you have a liberal audience that idea is far more prominent now that Trump is our Twitterer-in-Chief.)

What’s this mean for the campaign?

1) A headline and lead with straight “doom and gloom” may not do as well today as it would have last October. This audience feels safer now and the fear the end is near isn’t as prominent.

2) While we can still make a “the world is coming to an end” argument (which I wanted to make because the emotional stakes are so high) it’ll just take more proof and longer copy to make the case.

When you work in the same market for so long, it’s easy to think you understand your audience.

But your market is changing. And so is the conversation going on in your customer’s mind.

Take the men’s dating market. Ten years ago it was flooded with guys who became aware of this market after reading “The Game”. They were looking for pickup lines/routines that’d help them meet women yet felt weird using them.

Today, guys are finding out about it after watching silly videos of guys meeting girls in a more fun/natural way.

The idea of needing “routines” was strong years ago but now it’s virtually dead. Businesses harping on them or spending a lot of time saying why you don’t need them can get left behind because today’s audience already knows that.

Their customers have evolved but their marketing message didn’t. Companies like the Art of Charm who get this continue to grow, others I won’t name who are still living in 2005 are darn-near irrelevant.

So, if you want to stay relevant and not lose your hard-earned real estate inside your customer’s mind, continue gathering data regularly through surveys and conversation.

Challenge your assumptions of what their pain points and desires are, and their level of awareness when it comes to you, your product, and what you can do for them.

If you rely on old data or doing what everyone else is doing, you may find yourself getting left behind as your audience and market evolve without you.

Get deep inside your customer’s head

One of the best ways to get deep inside your customer’s head and know what’s going on is through case study interviews.

Not only do you get tons of marketing gold, you also wind up with a persuasive piece of copy that proves to your readers you can change their lives.

For the step-by-step method I used to write case studies for a multi-million dollar launch (which you can use for your business) click here.