The drive to the airport to leave Sofia and go to Croatia was a bummer.

Sofia was awesome. Why’d we have to leave? What’s so great about Croatia, anyway?

All I knew about that place was that’s where the best player on my high school soccer team came from. I think.

Other Remotes seemed pumped about it, so I asked why.

“Because the country is beautiful!”

Traveling has turned me into Bill Belichick after a Pats game.  The minute I land in a new city I forget all about wherever I was last and focus on my new spot.

“Bulgaria what? I”m onto Croatia” 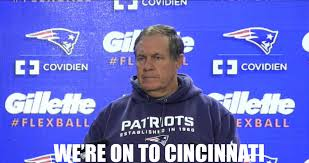 Because I don’t bother with things like “finding out where I live ahead of time”, I’m delighted when we get to our place and discover it’s a 5-minute walk from the beach.

View from our apt in Split, Croatia

Heellll yeah! A month here will do just fine.

There’s still daylight so we run down to the beach so everyone can take the same Instagram photo. Because sunset beach photos are mandatory anytime you travel. Pretty sure they pull your passport if you don’t take 5-10 immediately.

We celebrate a travel-day well done with a beer at one of the restaurants on the beach.

It would soon become abundantly clear that all restaurants on the beach were basically the same. Beer. Pizza. Burgers. Repeat. Not that I’m complaining.

Going to see The Mother of Dragons

The next day, Remote Year has set up a lovely tour-de-ruins for us.

Which is a delightful way to spend your Sunday. Especially when you start drinking at 11AM. Coffee + beer = wandering around 500-year-old graveyards and walls = great time.

The tour only got cooler when we took the bus up to the mountain to a fortress where they shoot Game of Thrones. Got to walk down the same road Daenery’s lined with rich people corpses.

Fun fact: Want to guess how long you can hum the game of thrones theme song while walking around a place like this before it gets old?

Answer: It never gets old.

Sooooo we were in Croatia during the presidential election. Which means a stunning wave of depression struck a good chunk of the group.

Being in a foreign country when that went down was interesting. I heard stories for Remotes getting sympathy beers from bartenders once they learned they were American.

Then you’ve got the Canadians who looks at you like you’re an 8 year-old who just found out your ice cream machine was broken. While they know they have a perfectly good working ice cream machine at their house they’ll get to use later. They want to help but also know it’s your fault for breaking the damn machine in the first place because you burnt the battery trying to make a 6-ft vanilla cone the day before. You’re too proud to accept their maple-syrup covered sympathy so you tell yourself that ice cream is overrated, anyway.

That pretty much sums up my experience of the election.

Besides, everyone always freaks out about elections. But the world always keeps spinning. And, we’re America, damn it. We landed on the moon. Kicked the British out of town. Cured polio. Gave the world Patrick Swayze. And make the best craft beer in the world. We’ll figure it out.

Yet again, I’m minding my own business when my friend Anu says “Come to Lake Bled with us!”

To which I gave my usual reply: “Lake what?”

Then was immediately swayed once I saw a picture.

It’s amazing how many awesome adventures fall in your lap on Remote Year. I’ve done nothing to plan a single side trip. I feel guilty, like I should do more, but everyone else is 9 steps ahead and already has everything planned out.

I just sit around and say “sure” every third time I’m asked to go on a random trip. It’s the best.

So 6 of us pile into a car for Slovenia. But decide to make a couple stops along the way.

First, we hit up a national park. Half this place was closed but that didn’t matter. We still spent hours wandering along cliffs, rivers, and a waterfall.

Next up, we spend 2 nights in Ljubljana. Which apparently is the capital of Slovenia and took me about 3 days to pronounce it properly.

The place was baller! It reminded me of Lucerne, Switzerland. Giant river going through town. Clean. Big pretty buildings.

It was also a bit of a hipster paradise. Little shops selling homemade art/trinkets/things you don’t see at Target.

And it was Slovenia, so everything was cheap. 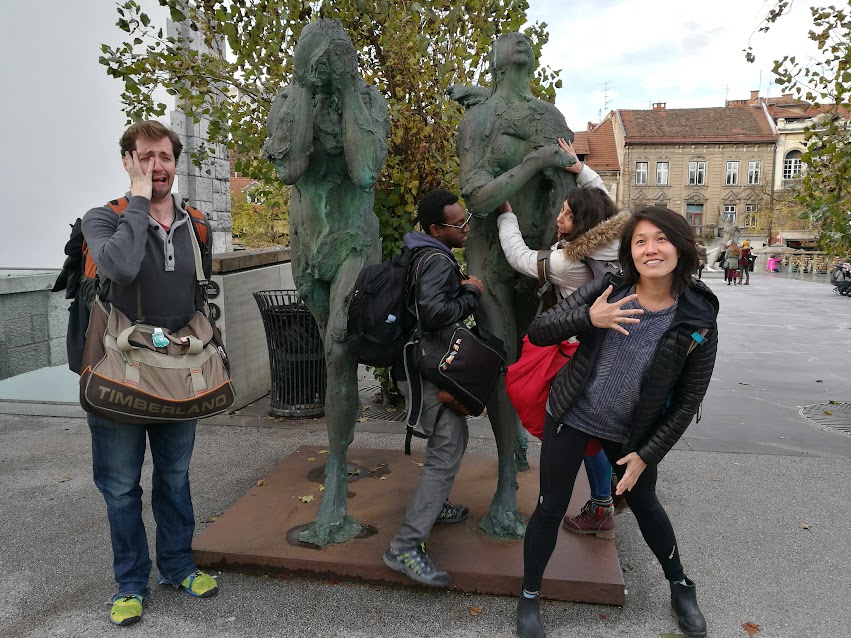 Things got weird after a while

For real, no clue what’s going on here

Weirdly, the bars were littered with 19-20-year-olds. It’s kinda odd to look around a bar and think “Isn’t it passed your curfew?” so I embraced my inner old person and went home early.

This is the week I finally learned going out on weeknights aint my thing. I used to get FOMO about it because on any given night someone in this group is having a blast until 5AM. But I’ve finally come to terms with the fact that weekday partying ain’t my jam.

Anyhoo, the next day we wake up and find a St. Somebody party going on in downtown Ljubljana.

There’s a bunch of cute booths selling wine, cheese, waffles on a stick, etc. Apparently, it’s a holiday where everyone spends the day walking around the town square drinking wine.  Which is fun and yet another reminder about how obnoxiously up-tight America is with drinking laws.

As much as we want to stay, Lake Bled calls. So we hop in the car and continue our journey.

But like Romania, we end up stopping the car to take pictures because it’s just. So. Pretty.

We get to our air BnB, are briefly sassed by the host (who’s annoyed we’re late, and tries to pretend like he’s kidding when he gives us crap but clearly he means it,) then go to the infamous lake to see it be pretty at sunset time.

And be pretty it did!

From there, we go to have the famous lake Bled cream pies. I guess some dude started making really good cream pies and they like to brag about being “the original” even though I don’t know where else they exist.

But they should exist elsewhere, because, nom nom nom. 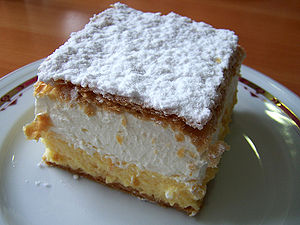 Halfway around the lake, we see canoes we can paddle to the island that’s out there. Obviously we get them and obviously we turn it into a race.

It’s “soft-and-lumpy Brian who hasn’t worked out in months” rowing against “Gerry 6-pack who somehow manages to stay fit on this trip.” I thought I could win with a little heart and grit, but my aggressive flailing only drenched one of my passengers and ran us into a tree right before the finish line. Sealing our defeat.

The shame of defeat quickly vanished when I get to the top of the island and saw a German band for drinking beer and playing traditional German music. Why? Who the hell knows. But it was great.

We walk around the island for 2 minutes, which is how long it takes to see everything. Then have some coffee and row back to land…

Where the best thing in the world happened…

We find another St. Someone party. More little booths with cheap wine and yummy sausage, etc.

AND, for some reason, there’s an Irish band playing all my favorite Irish pub songs + the occasional 90’s rock song.

This is my happy place.

Here’s a quick video I took of this

For good measure, they also had a little horse. Because Slovenia knows how to party.

Oh right, at some point we also had a fancy 7-course dinner at a castle. Fancy food is weird. Pretty sure we had 4 different types of ice cream that were all made out of a goose or bird of some kind.  Darn good though. 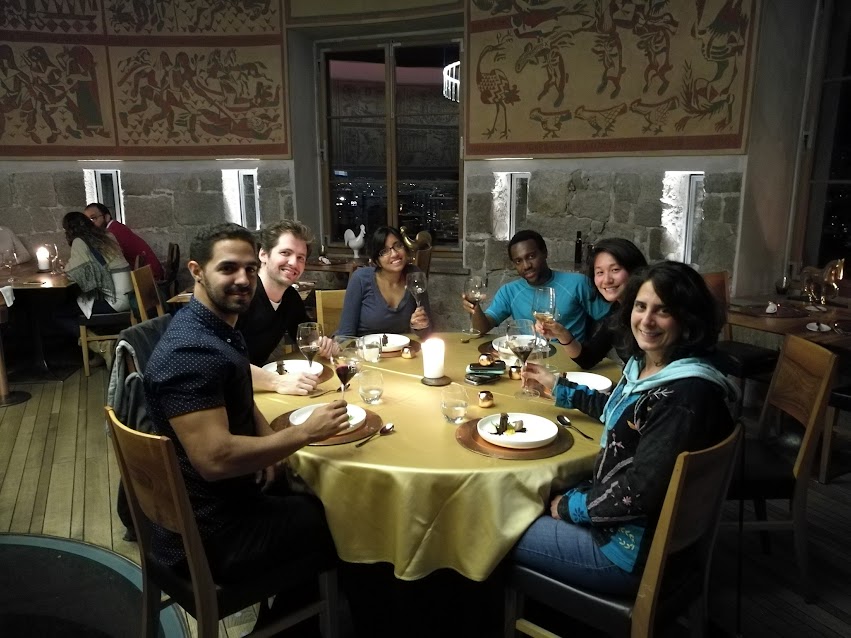 More things happened in Croatia that I’ll get to next time. Until then, stay gold, pony boy.