We need to have a serious talk about las luchadores (Mexican wrestlers).

After arriving in Mexico,  our first orders of business was to have a taco eating contest (duh).

Our Remote Year guides had us all meet at this street taco place. There, we were to stuff our faces for 30 minutes. Winner got, I donno, tequila? Bragging rights? A horrible stomach ache?

There were three stands we could get tacos from. One of them was serving tacos made from pig brains, tongue, eyes, and other random parts.

Obviously, that’s the first station I went to. Now being the discerning gentleman I am, I eyed my competition, which included a 6’7″ 250+ pounder and two guys who can eat more pizza for dinner than I can eat in a day. So I tell myself I’ll sit this one out and casually enjoy a brain taco or four.

Then 15 minutes in, I realize that we’ve all spent so much time waiting in line that the heavy eaters probably aren’t that far ahead. It’s really a game of “Who can finagle to the front of the line the fastest“. THAT I can win.

So I put the foot on the gas and start throwing back tacos like the hero that city needs.

When all is said and done, I get a respectable 3rd with 15. Which is still 10 short of the winner, Sami, who may or may not have a robotic stomach.

I went home feeling miserable, as expected. But the misery didn’t disappear the next morning like it usually does.

For about 3 days I was useless. I couldn’t stay awake for more than 2 hours at a time. (Luckily my friends Karen and Anu were nice enough to get me some soup. There was no way in hell I was getting out of bed on my own.)

There was a big awesome party Friday I missed because of this. Saturday was the night we were supposed to go see Las Luchadores.

I was super pumped because…Mexican wrestling!

But on the verge of bailing since I could barely keep my head up.

After a lot of back and forth in my head, I decided to soldier on.

I Ubered to my friend’s place and slumped on the couch half, begged for someone to get me water, and half wished I was dead. Once she was ready we headed over.

Then a miracle happened.

I float over not unlike Micky Mouse when there’s a pie on the window. 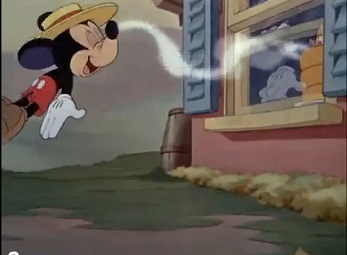 I ask how much they are.

Sadly, they don’t have any with New England Patriots colors. But the colors of the Mexican flag will do.

Now, let me tell you, if you want to feel like a brand new person, get yourself a luchador mask.

I went from a weak, sick tourist to transforming into EL GRINGO.

And you know who doesn’t whine about a tummy ache? Now I’m giddy, like a 13-year-old girl about to meet Justin Bieber. These masks have me pumped as hell for what’s about to go down.

We wait outside and once our group of 20 people shows up (Remote Year Ikigai rolls deep) we head inside.

After getting some giant Corona’s for $3 (God I love prices in Mexico) we settle in for one of my favorite nights from all of Remote Year. This is a one-on-one where a kinda fat dude fights a much fatter dude.

The kinda fat guy is clearly good at this. He’s flying around the ring doing flips, jumping off the ropes, selling every hit. The big fat dude is just kinda standing there lifting his limbs in an aggressive manner from time to time.

Right away I’m thinking “Yep, that’s exactly what I came for.” That mix of kind of awesome, kind of awful, pure madness.

It’s great fun, until the very end when the big fat guy wins, and the kinda fat guy gets carried out on the stretcher.

We have that moment of “Uhhh, is that part of the show? Probably not.” Then hope he’s okay and move on to the next round featuring the Kiss Me guy.

This fight was hysterical.

One of the characters in this 3-on-3 was a gay guy who loved getting touched by the other wrestlers.

They’d put him in a bear hug and he’d get a big smile on his face and grind against his opponent until the guy ran away in disgust.

His shirt said “kiss me”. Anytime he got the upper hand in the fight the crowd would scream “Besos! Besos! Besos!” (“kisses”). “Kiss me” guy in the pink mohawk winning the match

No idea why this match was third because these guys were by far the best.

Every chance they got the were climbing turnbuckles, launching through the air — complete disregard for their own personal safety. It was fantastic.

This was a 3 on 3. At one point, one team was all in the ring while the other was all on the outside. So the guys inside all hoped on the ropes and each did a backflip, landing on one of the opponents outside.

Then started high-fiving the crowd because, how else do you celebrate a backflip that smites your enemies? I now reached the point where any and any attempt someone made to talk to me was thoroughly ignored until the match was over. This was all too amazing to blink.

The guys in this match were hysterically terrible.

Guys would fall over without getting hit. It was like they’d go “Oh yeah, this is the part of the fight where I’m supposed to be losing” then find a random excuse to get knocked down.

The guy getting thrown would go out of his way to make sure he in the right spot to get picked up and tossed.

At one point, there are two guys on the outside of the ring watching their partner get beat up by 3 opponents inside the ring. Were they too hurt to get in? No, they were just kinda chilling like “Hey man! You got this!” Next up come six of the most terrifying 5’3″ girls I’ve seen.

And they came ready to go!

Unfortunately, I didn’t have a camera to capture The Greatest Finishing Move of All Time. But I’ll do my best to explain this madness.

So it’s a 3 on 3. Two girls on the winning side are each, like, spreading the legs of the girls on the losing side in the middle of the ring so they’re doing these wide splits. It’s making a diamond shape with the losing girls acting like they’re in pain and the winning girl just chillin’.

Then the third girl rolls the girl she’s beating up into the middle of this mess, does some bridge/back bend so she’s hovering way above everyone while somehow pinning the girl.

So we’ve got this one girl hovering in the air doing a beautiful backbend as the others are in this weird diamond shape around her.

I realize my description sucks but putting absolute nonsense into words isn’t easy.

Match #5: The spitting caveman & his friends This fight was a mix of the other except for one completely unnecessary thing that is now burned into my brain.

So the caveman guy had this big thing of spit he’d dangle from his mouth now and then.

He’d get a guy on the ground then hang it over and threaten to let it drop on his face.

Now when the caveman team was winning, he celebrated by hocking a loogie way up in the air…

which his teammate then caught in his mouth!

Then his teammate did the same thing.

And the third guy on their team caught it in his mouth!

Keep in mind, this ball of spit was big enough to be seen clearly from 12 rows back.

Then the third guy spits it back up into the air and the caveman guy kicks it into the crowd.

Because that’s how Mexican wrestling rolls.

By the end of the show, I was completely healed. The sickness vanished never to return. And I felt as alive as ever.

(Fun fact, I got sick for ~3 days every month the first 6 months of Remote Year. After this show though, it never happened again.)

It was the best $20 I ever spent and it’s not even close.

High on life and lucha greatness, we wandered into town for some tequila and mariachi